Gold has been used for ages by countries to stimulate their economies, stable their currencies, and foster prosperity.

Most of the world’s countries have pegged their currencies to this precious metal in the past. The largest gold reserves exist throughout the world.

When a country experiences a financial crisis, its gold reserves can be used to bail it out and restore stability. Reserves of gold are a common asset kept by central banks worldwide.

Gold reserves are a rock-solid investment that can weather any storm, from economic downturns to political shifts.

There hasn’t been much shift among the top 10 gold reserves by country during the previous decade, but several have increased their holdings.

Top Countries with the most gold

It is no surprise that the United States ranks first, with 8133.5 tons. The United States possesses nearly as much gold as the following three countries on this list, making it the country with the greatest official holdings in the world.

For a considerable portion of the United States history, its currency was pegged to the value of gold, necessitating substantial U.S. gold reserves to sustain the gold standard.

This partnership dissolved as the gold standard battled through hard times.

After WWII, the Bretton Woods agreement tied the dollar to gold. Unfortunately, this system collapsed in the 1970s due to concerns that the United States could not maintain a fixed exchange rate for gold and the dollar.

The United States Mint produces US coins. They also make limited-edition coins that are popular with collectors.

As a significant gold investor, Germany ranks second only to the United States in terms of gold reserves, with 3355.14 tons in total.

The bulk of Germany’s gold reserves were amassed between the 1950s and the early 1970s, when the country saw tremendous economic expansion and an enormous current account surplus.

At first, the gold stayed put in the vaults of the world’s central banks. When compared to other countries, Germany places a higher value on gold.

The hyperinflation that plagued the country from 1919 to 1923, under the Weimar Republic, is deeply embedded in the collective memory of the German people.

Gold is the most enduring symbol of stability. Although Germany didn’t start amassing gold until 1951, the Bundesbank has been in control of the country’s reserves ever since.

Some of the most sought-after coins by collectors are those produced by the German Mint (Münze Deutschland), which has been the official home of German coins since 1967.

Italy is third on the list of nations with the largest gold reserves, with approximately 2,451.8 tons of gold.

The Bank of Italy has the world’s fourth-largest gold holdings, following the US Federal Reserve, the Deutsche Bundesbank, and the IMF.

The Bank of Italy maintains stringent controls on gold sales, necessitating a regulatory overhaul in Italy. The country began amassing substantial gold reserves after WWII and several events during the ensuing decades.

The Italian government’s Mint is called Zecca di Stato and opened in 1911. The Mint creates various works of art, including collectible coins and medals, miniature and life-size sculptures, enamels, and art casts.

The Mint carries on the priceless methods and workmanship of yesteryear and the exquisite legacy of Italian craftsmanship, in which art and technology combine to produce high-quality, highly specialized work.

With over 2,436.0 tons of gold, France Sits comfortably in 4th place on our list.

Banque de France purchases gold from around the world and stores it in a secure vault located 27 meters below the streets of Paris because the country has no domestic gold mines.

The International Monetary Fund uses the Banque de France vaults in Paris as one of its four designated depositories.

One of the world’s earliest mints, the Monnaie de Paris, still operates today. It is the French government’s official coin manufacturer.

According to available statistics, the country’s gold reserves are projected to be 2298.53 tons.

Russia, one of the Gold-rich nations on our list, purchased 224 tons of gold to diversify away from the US currency. Russia sold a sizable portion of its holdings of US Treasuries to generate the necessary funds for these acquisitions.

Russia may lack a Fort Knox, but most of its gold sits in Moscow at the Central Bank. The remaining pieces are stashed in warehouses in St. Petersburg and Yekaterinburg.

The People’s Bank of China has about 1800 tons of gold in its official reserves, making it the world’s sixth largest central bank gold reserve.

Gold reserves doubled during the early 2000s, and this increase has occurred chiefly in secret.

Switzerland holds over 1040 tons of gold in its reserve.

In terms of population, Switzerland has the greatest gold reserves in the world. The neutral country acted as a hub for European gold commerce during WWII, conducting business with Allied and Axis governments.

Nowadays, Hong Kong and China account for most of their gold trade. Swiss gold is kept in Berne at the Swiss National Bank.

The Swiss Confederation, through the Swiss Mint, has been releasing commemorative coins to highlight important historical and cultural events since 1936.

Besides having the third largest economy in the world, Japan is also the eighth largest collector. The Bank of Japan, which had spent years building up its gold reserves, had to use some funds to cover the country’s expenses during the recent COVID-19 outbreak.

The Bank of Japan spreads its gold reserves among its many islands.

The Japanese Mint is the authorized dealer of Japanese commemorative coins and banknotes to collectors.

India has stockpiled a total of 743.83 metric tons of gold.

Regarding the price of gold, India is second only to China as a consumer. In 2021, the country spent a record $55.7 billion on gold imports.

The South Asian nation, with a population of 1.25 billion, is the world’s second-biggest consumer of the precious metal.

The subcontinent’s festival and wedding season, when giving gold as a present is viewed as auspicious, has caused a surge in the metal’s global price.

The Reserve Bank of India holds the vast majority of India’s gold reserves.

Alipore in South Kolkata, Cherlapally in Hyderabad, Saifabad in Hyderabad, and Noida in Uttar Pradesh are the four mints that produce Indian coins.

The list ends with Turkey, which has a gold reserve of approximately 583 tons.

The Kingdom of Lydia, over 2,500 years ago in what is now Western Turkey, produced the first gold coins known to history, beginning a long love affair with the precious metal that continues to this day in the country that is the world’s fourth-largest consumer of gold.

Throughout history, gold has played an important role in Turkish culture. The lion’s share of Turkish gold is held at the state bank, the Central Bank of the Republic of Turkey, in Ankara.

You can purchase Turkish-minted coins via the state mint.

How Does Gold Reserve Work?

Gold reserves are a crucial asset that may help any country’s economy weather a storm. When the price of gold rises, it boosts the value of the currency of any country that exports gold or has access to gold reserves.

As a result, the overall worth of the country’s exports rises. If gold prices go up, it can either contribute to a trade surplus or cause a trade deficit.

However, when gold prices rise, it weakens the currency of countries that import a lot of it.

The ten nations on the list include some of the world’s wealthiest and most industrialized countries.

Any nation’s gold reserves will always be an essential part of its defenses against hyperinflation and a valuable asset that can be called upon in times of economic distress.

Let’s take a look at some common questions regarding gold reserves.

Countries keep gold on hand to prevent hyperinflation, which may devastate their economies in times of crisis like the current coronavirus pandemic has caused in many parts of the world.

The Federal Reserve Bank Depository in Manhattan has this distinction. The Depository holds about 6,700 tons of gold. 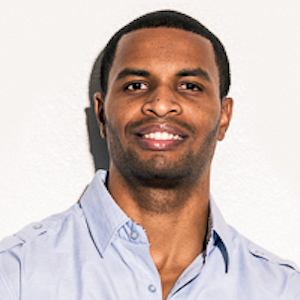